Start a Wiki
Donnie is a character in Say Goodbye to America: Scatter
Donnie 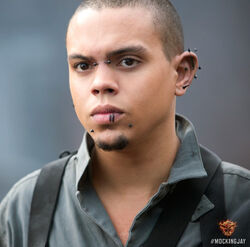 Nothing is known about Donnie's life before the outbreak

At some point, Donnie joined the Apex community

Donnie walks into Elizabeth Hill's office after Peanut takes Eli Wilson hostage and escapes. Donnie promises to find them, but is not seen when Eli returns home

Donnie is seen setting up the infirmary with Elizabeth, Izabel and Nils

Donnie, along with Gavin Foxx, Taylor Burns and Santiago Montoya run to the F350 to grab the sniper for Phillip. A Waterfront rebel takes out a rocket launcher and blows the truck up, killing Donnie instantly

Retrieved from "https://undeadfanstories.fandom.com/wiki/Donnie_(Scatter)?oldid=209673"
Community content is available under CC-BY-SA unless otherwise noted.