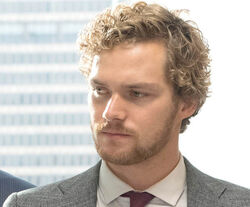 Nothing is known about Donald's life before the outbreak, except that he was a Staff Sergeant in the U.S. Army

Donald is first seen arriving at the Yard with Annabelle Wheeler, Daisy Montgomery and Cpl. James Cobalt to save the group there. While walking towards Gregory Ames, he and James put down biters

Retrieved from "https://undeadfanstories.fandom.com/wiki/Donald_Hawkins_(Scatter)?oldid=209417"
Community content is available under CC-BY-SA unless otherwise noted.