Start a Wiki
Dinah is a character in Say Goodbye to America: Scatter
Dinah 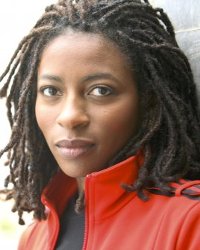 Nothing is known about Dinah's life prior to the outbreak

At some point, Dinah joined the O'Connor Compound

Dinah is first seen running back towards the Compound with Ozzy and the others when Creighton Duke informs the group they are being followed, to which she suggests running faster. She later is seen after the ambush of the group following them, and ties up Amin Issawi and Peanut to be brought back to Ned O'Connor

Retrieved from "https://undeadfanstories.fandom.com/wiki/Dinah_(Scatter)?oldid=211090"
Community content is available under CC-BY-SA unless otherwise noted.