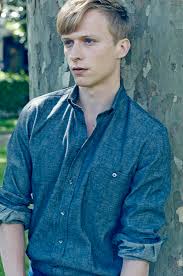 Before the outbreak, Dex was a baker who had worked on wedding cakes, including one for his best friend. He also had three girlfriends, a boyfriend and a transgendered girlfriend

At some point, Dex joined the Apex community as part of Leo's group.

Dex first appears with Leo, Gary and Judy inside of the gated community hunting for supplies. He later appears in the Target, after Carl is bitten and takes out the last walker.

Dex appears when Meredith confronts Judy for being drunk. He is present when Judy threatens Leo, is shot by Brooks and Gregory takes Niklas away.

Dex is among the rescue group heading back to the Target. He is recruited by Leo to track with Jason LePage.

Dex is seen tracking in the woods when he is attacked and knocked out by Maxwell. Because of this, he is not conscious when Jason is killed by Reid and during the Manhunt for Leo.

Dex wakes up in the Target with no recollection of the prior day, and is heartbroken to learn that Jason had die. He is taken by Taylor back to lay down. He is inside with her during the Massacre at the Target.

Dex is with Leo, Ruben, Taylor, Doug and Sylvester around Gavin Foxx. He places the dark bag over his head. He later leaves with Gavin, Aaron and Phillip.

Dex is in Meredith's house with Elizabeth Hill, Doug, Hannah Johnson, Miranda, Jack West, Oliver, Annie McGovern, Kendall Standish and Olivia Graham drinking wine and eating cheese and crackers. He is part of the conversation about spirit animals, where he says his is a wolf.

Retrieved from "https://undeadfanstories.fandom.com/wiki/Dexter_Hubbard_(SGTA)?oldid=207485"
Community content is available under CC-BY-SA unless otherwise noted.