Start a Wiki
Deedee is a character in Say Goodbye to America: Scatter
Deedee 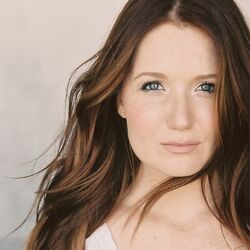 Nothing is known about Deedee's life before the outbreak

At some point, Deedee joined the Apex community as a member of the farming community

Deedee is first seen farming with Jasper, Luka and Harper. She give Eli the rundown on the crops when he drives by with Dimitri in Tracy's Hyundai

Deedee is seen in the farming fields working when the attack on Apex begins. As the fields burn, she is attacked by Cosmo Murphy, who slices her in stomach with a scythe. She is put down by Jasper

Retrieved from "https://undeadfanstories.fandom.com/wiki/Deedee_(Scatter)?oldid=207393"
Community content is available under CC-BY-SA unless otherwise noted.