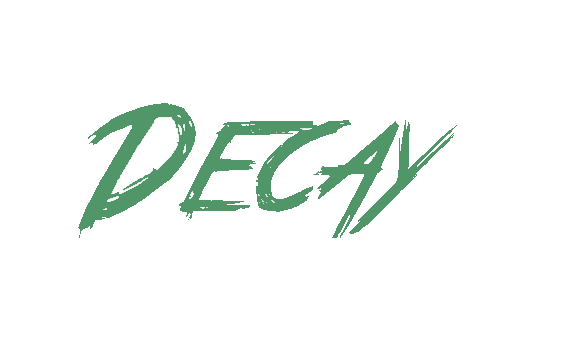 Decay is a post-apocalyptic horror-thriller series written by HawkWD.

The small safe-zone of Blackwell, Texas is rocked by a series of gruesome murders that prompts the arrival of Detectives Arthur DuPont and Sydney Hannett. The two investigators rush to solve the string of homicides as increasing numbers of the undead, a mysterious group of radicals and tension between the survivors threaten to tear the town apart.

The series is planned to include only two volumes. The first volume will have ten chapters while the second volume's chapter count is still undetermined.

Retrieved from "https://undeadfanstories.fandom.com/wiki/Decay?oldid=184650"
Community content is available under CC-BY-SA unless otherwise noted.