Start a Wiki
David Blair is a character in Say Goodbye to America: Scatter
David Blair 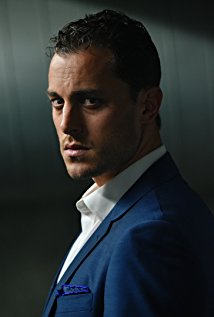 Nothing is known about David's life before the outbreak

At some point, David joined the Apex community

Although not credited, David appears in background shots throughout Season 1, such as Jenny's party in "Once"

David is first seen stopping Rick Conrad from running into the burning schoolhouse. He is later seen saving Apex Survivor 1 and bringing him to Elizabeth Hill's office

"It Will Rain for a Million Year" Edit

David appear in Jenny Hanson's house during the meeting and is among those who volunteers to go out an the mission to find supplies to rebuild Apex. He leaves with Doug Santos, Sebastián Bernal, Olivia Graham and Jackson Allen

David is seen shooting walkers that surround the group on the road. He falls down awkwardly but is saved by Sebastián. He flees with the others when Doug sacrifices himself. He is later seen in the Train Station where he meets Ciara Nash

David, along with the others, meet Chester Navarro, Barney Munson and Arturo Vazquez and agree to travel to Waterfront. Along the way, they stop at an outpost and meet Milo and Jared before finally arriving at Waterfront. He is brought into the infirmary and meets Richard Harris and Kayleigh

David is seen in the infirmary with Dimitri Vanderbilt, Dr. Harris, Kayleigh and Kevin O'Leary. After the former two leave, David talks with Kevin a little bit before Emil and Cassius Killian walk in and execute Kevin. He is shot in the head by Cas

Retrieved from "https://undeadfanstories.fandom.com/wiki/David_Blair_(Scatter)?oldid=207973"
Community content is available under CC-BY-SA unless otherwise noted.