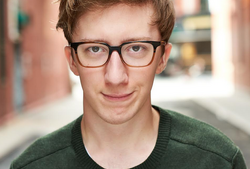 Nothing is known about Daniel's life before the outbreak

At some point, Daniel joined the Yard

Although uncredited, Daniel was present during the vote at the Yard

Daniel is first seen with Amin chopping firewood, asking him about his prior incarceration. Gregory Ames then walks up and tells the pair to chop three more logs.

Daniel is present during the campfire feast. When the biters invade, Daniel is trapped with Adam McGill and Ryo Osaka, but saved by Arrowhead and Lottie. He joins Adam and Ryo in helping Craig Wing.

Retrieved from "https://undeadfanstories.fandom.com/wiki/Daniel_Chance_(Scatter)?oldid=211213"
Community content is available under CC-BY-SA unless otherwise noted.