Start a Wiki
Damian is a character in Say Goodbye to America: Scatter
Damian 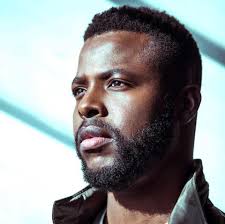 Nothing is known about Damian's life before the outbreak

At some point, Damian made his way to the Soapstone Trail Military Base, where he worked as a supply runner

Damian first appears with the other survivors in the briefing room, preparing for the next supply run. He, Martita and Anna Cook are joined by Major Stuart Montgomery, Captain Lucas McDermott and Private Joseph Jones. When they return, McDermott holds another meeting about Montgomery's disappearance and death. He later appears with other survivors planning to escape from the base. he joins Hazel Burns and Patrizia Torres to start the vehicles. When all except Gary Sanchez arrive, Damian pushes to leave the base without them, but is told to stay. When biters attack, he takes out a few with a baseball bat but is unable to stop one from tearing into him and several more from devouring him

Retrieved from "https://undeadfanstories.fandom.com/wiki/Damian_(Scatter)?oldid=209849"
Community content is available under CC-BY-SA unless otherwise noted.