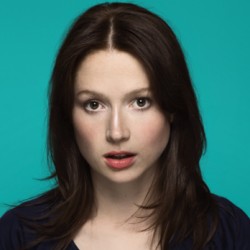 Nothing is known about Daisy's life before the outbreak

At some point, Daisy joined the Yard

Daisy is first seen sitting with Lewis, Max, Anthony, Julian and Samuel Tollett at a picnic table discussing the upcoming attack on Apex. She is later seen at gun training with Cosmo Murphy and passes enough to leave for Apex. The pair later have sex the next night

Daisy is seen during the attack on Apex with Cosmo, Joe Jeffries and Peanut burning the farming fields. She runs off into the woods when shot at by Jasper Bernard, and does not return

Daisy reappears with Annabelle Wheeler, along with Staff Sergeant Donald Hawkins and Corporal James Cobalt, when the four enter the Yard to save the survivors from biters. She says hello to Lottie, who is surprised to see her and later walks with the rest to talk with Gregory Ames. She is present when he reveals his bite

Retrieved from "https://undeadfanstories.fandom.com/wiki/Daisy_Montgomery_(Scatter)?oldid=209374"
Community content is available under CC-BY-SA unless otherwise noted.