The page is currently under development. Edit

'DEVIANTS is a story and spin-off of The Collective written by KnowledgeProspector. ''This is a re-boot of the series MISFITS. 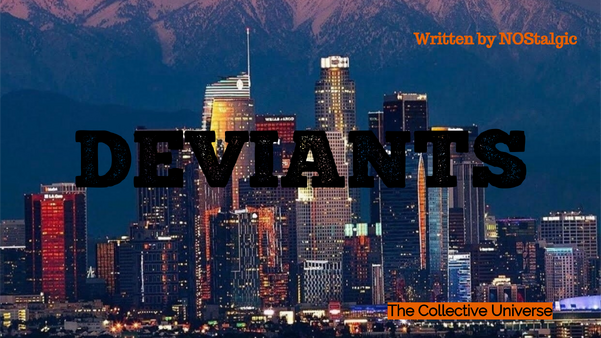 In the city of San Valentino, four deviants are given a second chance to attend an at-risk program for young-adult, funded by billionaire Lorenzo Young. In a world of drugs, sex, chaos, and murder, they must learn to put up with their own struggles and learn how to get their lives back on track.

The remaining cast can be found HERE.

Retrieved from "https://undeadfanstories.fandom.com/wiki/DEVIANTS?oldid=212433"
Community content is available under CC-BY-SA unless otherwise noted.