Start a Wiki
Carl is a character in Say Goodbye to America: Scatter
Carl 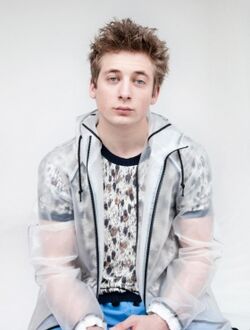 Nothing is known about Carl's life before the outbreak, except that he had a sister

At some point, Carl joined the Apex community as a member of Leo's group

Carl is first seen in the gated community taking point when walking wit Leo's group. Finding nothing, they instead drive to a Target nearby. While scavenging, he enters the employee only door and finds a half-eaten girl. Since he is hesitant to put the girl down, he is bitten in the thigh and yells for help. He uses his strength to stab the walker in the head several times before pleading to be put down. Otis eventually shoots Carl in the head

Retrieved from "https://undeadfanstories.fandom.com/wiki/Carl_(SGTA)?oldid=207380"
Community content is available under CC-BY-SA unless otherwise noted.