Start a Wiki
Bruce Olson (Also Known as Grease) is a character in Say Goodbye to America: Scatter
Grease 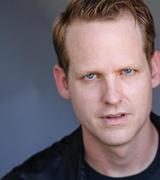 At some point, Grease was freed by Gregory's group and joined the Yard as a member of the prison community

It Will Rain for a Million Years Edit

Grease is among those who take shelter in the building at the Yard when it is overrun. He takes out his gun when it is revealed James Walsh is bitten, but Max tells him to put it away. He watches as Max tearfully puts the kid down and walks out of the building when the walkers are put down by Gregory and the others

Grease is seen easing Fig into the pain of death. The latter asks him to put him down when the time comes. He eventually does, then buries him with Amin

Retrieved from "https://undeadfanstories.fandom.com/wiki/Bruce_Olson_(Scatter)?oldid=208794"
Community content is available under CC-BY-SA unless otherwise noted.