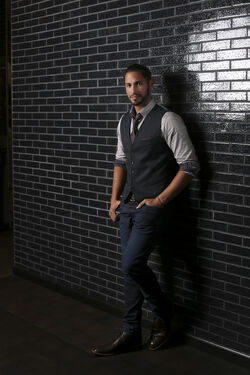 Bill is a character in Say Goodbye to America: Scatter

Nothing is known about Bill's life before the outbreak

Bill is among the members of Gregory's militia headed to the Target.  Along the way, he questions Gregory's decision to take their supplies when they could survive without.  During the Massacre at the Target, Bill is shot by Doug Santos

Bill's corpse is seen in the aftermath

Retrieved from "https://undeadfanstories.fandom.com/wiki/Bill_(SGTA)?oldid=207333"
Community content is available under CC-BY-SA unless otherwise noted.