Start a Wiki
Avi is a character and a tertiary antagonist in the first season of Say Goodbye to America: Scatter
Avi 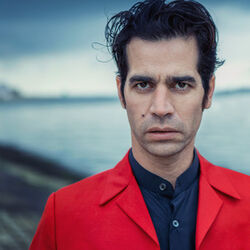 Nothing is known about Avi's life before the outbreak

Avi is among those standing in the circle who volunteers to fight Sean Moreland in the ring. After being given a baseball bat, he enters the ring. Even after hitting Sean in the head, Avi is still sliced in the leg and later stabbed in the gut, before being swept to the floor and stabbed repeatedly to death

Retrieved from "https://undeadfanstories.fandom.com/wiki/Avi_(SGTA)?oldid=208515"
Community content is available under CC-BY-SA unless otherwise noted.