Start a Wiki
Amin is a character in Say Goodbye to America: Scatter
Amin 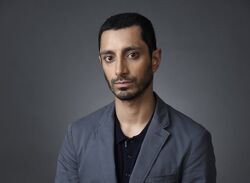 Nothing is known about Amin's life before the outbreak

At some point, Amin joined the Yard

Amin is seen inside the building in the Yard after walkers invade. He is ordered by Max to get water for a dying James Walsh. He is later seen opening the doors after Gregory and the others kill the invading walkers

Amin is seen with Grease when the latter talks about Fig's wish to be put down. He is later seen helping bury the latter

Retrieved from "https://undeadfanstories.fandom.com/wiki/Amin_Issawi_(Scatter)?oldid=211082"
Community content is available under CC-BY-SA unless otherwise noted.