Start a Wiki
Amelia is a character in Say Goodbye to America: Scatter
Amelia 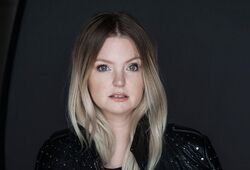 Nothing is known about Amelia's life before the outbreak

At some point, Amelia joined the O'Connor Compound, where she works as a nurse

Amelia is first heard radioing back to Noah after Ned O'Connor is knocked down in an explosion caused by Zeke. She later appears with Noah and Darren at George's room after bing set up by Dave O'Connor, and stays with the latter as the other two take George away

Retrieved from "https://undeadfanstories.fandom.com/wiki/Amelia_(Scatter)?oldid=211183"
Community content is available under CC-BY-SA unless otherwise noted.