Start a Wiki
Alexander is a character in Say Goodbye to America: Scatter
Alexander 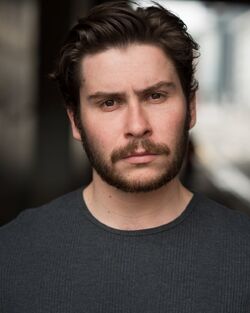 Nothing is known about Alexander's life before the outbreak

At some point, Alexander joined the Yard

Alexander is first seen receiving training from Rick Murphy prior to the Attack at the Apex community. He later rides with Lottie and two others to Apex

Alexander takes part in the Attack on Apex, during which he is primarily seen being shot and killed by Ray.

Retrieved from "https://undeadfanstories.fandom.com/wiki/Alexander_(Scatter)?oldid=207353"
Community content is available under CC-BY-SA unless otherwise noted.