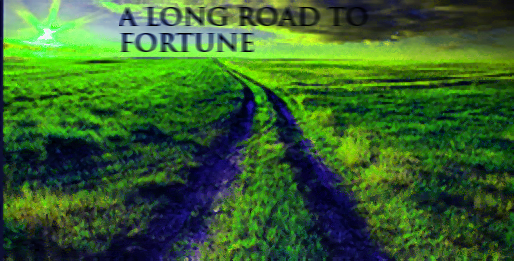 A Long Road to Fortune is a story created by PBR Sharpshoot. It is the first story within The Runes.

Please note that A Long Road to Fortune is a graphic story by nature, and heavy use of profanity and descriptive violence is present with frequency. Reader discretion is highly advised.

A Long Road to Fortune tells the story of Ashton, a young man with a lonesome past that led him to drift down the wrong path. His subsequent reintegration into society is promptly halted by the undead apocalypse. With little to no loved ones left and the hatred of an entire municipality still haunting him, Ashton and those who have survived up until now, will literally have to find fortune amongst the ruins of their former world.

The apocalypse begins on the exact date of April 18th, 2010. The main setting of the story is the town of Tecpan de Galeana, located in the Mexican state of Guerrero.

Volume 5 - Would You Take The Future for Granted?Edit

Volume 6 - Come This Far To Get A TasteEdit

While Ashton and Liza are the protagonists of the story, these others also hold major focus to the storyline, being main characters.

NOTE: SOME AWARDS MAY CONTAIN SPOILERS.

Retrieved from "https://undeadfanstories.fandom.com/wiki/A_Long_Road_to_Fortune?oldid=208955"
Community content is available under CC-BY-SA unless otherwise noted.